In June of 2013, I took 8 days off to travel by van across the United States. I accompanied Lincoln Castricone, who has spent his career alternating between a psychologist working inside prison walls and a landscape panorama photographer working outdoors between the earth and sky. 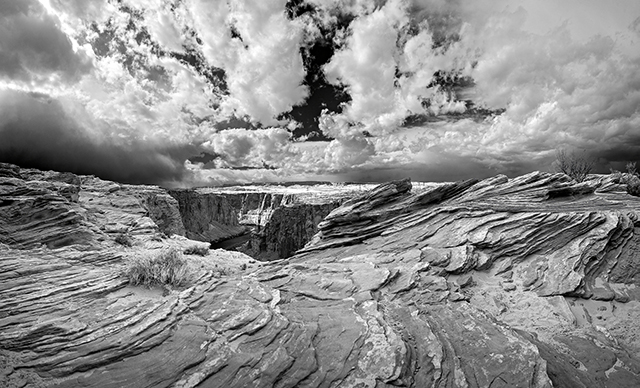 One year later, this project, Never Been / Never Left, is finding it’s way into a publication, exhibition and a multi-media presentation documenting our travels and what we discovered in those vast interstitial spaces along the interstate between cities.

We both equally enjoyed the adventure of travel on the open road, discovering unexpected places, and reflecting on what we recorded. Spending an extended amount of time with another person prompts an engagement that seems to foster understanding and disagreement.  But we both found an inexplicable solace in the time outdoors under the sky documenting the natural and human built landscapes, mixed together in an inextricable way.

His approach to large-scale landscapes and his Buddhist reflections heightened my sensitivity to the smallness of the ego in contrast to the vastness of land and sky. It also heightened my awareness of the human imprint of conquest as expressed in the expanse of agriculture, cities and suburbs, rivers and dams, monuments and memorials, highways, fence and power lines, irrigation apparatus and oil wells. It goes on and on.

We had an engaging time of conversation and working alone on the landscape to document (he with still images and me with narrative, sound and video) what we discovered along the frontage roads running parallel with the interstate. (The Interstate being a symbol of traveling over instead of through a place.)

The time was reminiscent of younger years when my life and the country seemed endless and fascinating. As we age it may be hard to hold on to these feelings and to be inspired by the prospect of the future, but the open road seems a great remedy for this confinement. 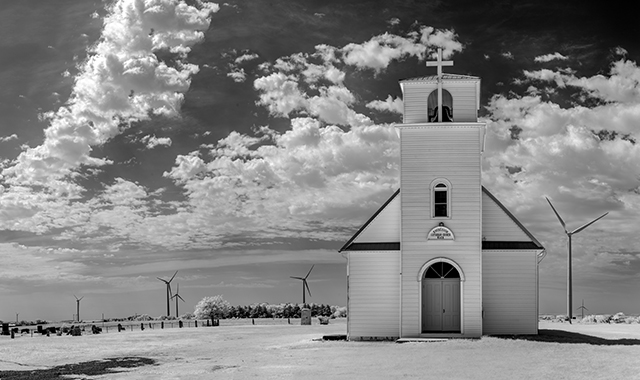 During one moment at the base of a gargantuous windmill farm in northern Texas, he identified me as Don Q (the incurable idealist) and himself, Lincoln Castricone, as Sancho Panza, a pot-bellied peasant whose gross appetite, common sense, and vulgar wit serve as a foil to the mad idealism of his master.

“At this point they caught sight of thirty or forty windmills which were standing on the plain there beyond the church, and no sooner had Don Quixote laid eyes upon them than he turned to his squire and said, ‘Fortune is guiding our affairs better than we could have wished; for you see there before you, friend Sancho Panza, some thirty or more lawless giants with whom I mean to do battle. I shall deprive them of their lives, and with the spoils from this encounter we shall begin to enrich ourselves; for this is righteous warfare, and it is a great service to God to remove so accursed a breed from the face of the earth.’ ‘What giants?’ said Sancho Panza.

‘Those that you see there,’ replied his master, ‘those with the long arms some of which are as much as two leagues in length.’

‘But look, your Grace, those are not giants but windmills, and what appear to be arms are their wings which, when whirled in the breeze, cause the millstone to go and energy to be generated.’

And so on and on the adventure went until it ended near the harbor of New York, where bridges converged on the island that laid bare all of the evidence of western growth, greed and ingenuity.